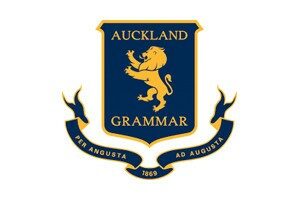 Auckland Grammar School is located in central Auckland, with 2500 boys from Years 9 to 13, making Grammar the largest single sex school in New Zealand. Auckland Grammar regards itself as the pre-eminent academic secondary school in New Zealand and is considered by many to be a top boys school in New Zealand. The local publication Metro has also previously claimed that “Grammar’s results in the Cambridge system are comparable with most private schools, and it scores extremely well in Scholarship too”. On the other hand, Auckland Grammar is also well-known for its other extra-curricular activities such as music, art and sports. The school’s Rugby-Study programme provides international students with the opportunity to study at a top academic school while advancing their skills and techniques on the rugby field. Auckland’s school boy rugby competitions are considered to be the toughest and most competitive in the world, and Auckland Grammar School teams are amongst the best in inter-school competitions and New Zealand national championships. The school prides itself as Rugby is known as the national sporting event of New Zealand